Electric Car Drivers are Taking Risks to Charge Their Vehicles

74% of drivers surveyed have admitted to using domestic, multi-socket extension cables to charge their electric cars. Despite understanding the risks involved, many have used a ‘daisy chain’ of extensions, even in the rain, to get the job done. So why court the danger of electrocution or fire in this way? Because there simply aren’t enough charging points available.

Important Research on the Availability of Charging Points

The consumer protection charity, Electrical Safety First carried out this important research. It’s clear that EV drivers feel that they have little choice, and are frustrated by the lack of proper provision for charging their vehicles. At present the network is patchy. In London there are 147 per 100km2. Whilst in Wales the number is much lower, with only 1.55 per 100km.

Why Don’t we Have Enough Charging Points?

Because the uptake on electric vehicles has happened far quicker than the creation of public charging point locations. By analysing data from the Department of Transport it’s possible to see that the growth rate of EV vehicles being licensed is currently 6 times greater than the expansion of the public charging network available to UK EV drivers.

It’s clear from the figures produced by Electrical Safety First that plans need to be put in place to meet the hike in demand. We’re in urgent need of a charging infrastructure that both supports and encourages drivers to continue to invest in EV cars. There are currently 13,000 charging points available to drivers in the UK. This is a great improvement on 2018 figures, but more are needed in order for charging your car safely, close to home, to become the norm.

Driving the Change from Internal Combustion Engine (ICE) to Electric Vehicles May 24, 2019 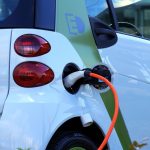