A robust report on the future of electric cars in the UK has laid down a challenge to the government to become a world leader in driving change.

The report, entitled Electric Vehicles: Driving the Transition,  suggests that the current target of 50–70% of cars being ultra-low emission by 2030 is too vague. The Business, Energy and Industrial Strategy Committee calls instead for a government strategy supporting 100% zero emissions for all vehicles by 2032.

Why the UK Should Be Leading the Way

The committee recognises that current government strategy would need to ‘step up’ in order to achieve the 2032 goal, but argues that the benefits for the UK would be enormous. Governments across the world, including India, Israel, Ireland and the Netherlands have already set their zero emission targets for 2030. Plus, zero emissions would significantly improve the UK’s poor air quality.

“To tackle the dangerous and illegal levels of air pollution in this country we need far more ambition from the government. Calling time on petrol and diesel sales earlier would be a fine example of this.” Simon Alcock

What Would Government Need to Do?

Given the current size of the market for electric vehicles (0.06%), consumer demand would need to rise by 17,000% to hit the 2032 target. The only way to achieve this would be for the government to create a range of incentives that would persuade both manufacturers and consumers to drive the transition.

Getting the Public to Drive the Transition

A key factor in achieving the ambitious goal of 2032 zero emissions for vehicles, would be public demand and support. This would require the media to provide a balanced approach to the subject. A commitment to providing clear and accurate information would be useful in the development of momentum towards a cleaner form of transport for the UK. 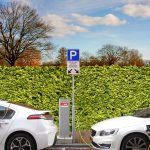 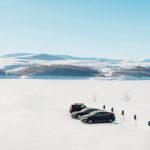